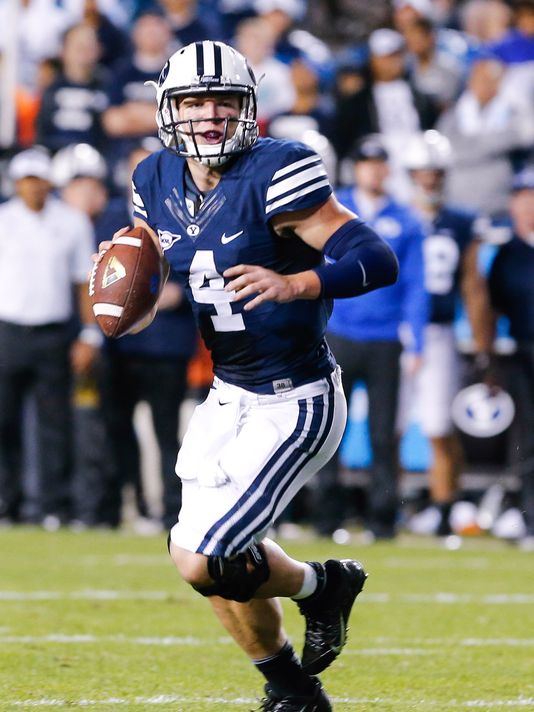 I know it’s only week 3 and I never like to jump the gun, but BYU is looking like they could possibly go undefeated this year. The Cougars are coming off a 41-7 win over Texas last week and have a manageable schedule ahead. Junior QB Taysom Hill’s talents were showcased in BYU’s second consecutive win over the Longhorns. Hill passed for 181 yards and rushed for 99 yards and 3 scores. Hill is starting to make his way into some Heisman conversations, as his team has been more than impressive in averaging 226 yards rushing per game. BYU has one of the best offensive lines in the country, as their unit is excellent in terms of experience. Their defense has been just as impressive, allowing only 8.5 ppg and allowing just 76 yards rushing per game.

Houston’s season didn’t get off on the right foot, as they lost to Texas-San Antonio 27-7 in their home opener. The Road Runners gashed the Houston defense for 142 yards on the ground, and the Cougars had 6 turnovers on offense that were costly. Houston rebounded last week with a 47-0 thumping of Grambling St. We really can’t put a lot of stock into that one, with Grambling State being an FCS school. This is a team that’s returning 17 starters and went 8-5 last season. John O’Korn, Houston’s quarterback is a more than capable passer, yet had 4 interceptions in the loss to UTSA. Houston also has wide receiver Deontay Greenberry, one of the better receivers in the American Athletic Conference who tallied more than 1200 yards last season.

The fact that BYU opened this big of a favorite is somewhat a head scratcher. I think this is somewhat of an inflated line. BYU is a talented bunch, yet keep in mind that Texas is a mess right now, and they only led 6-0 at the half. They also steamrolled a UConn squad that is in serious rebuilding mode. The market might be overreacting to Houston’s week 1 performance. Are they that bad of a team? Not by any stretch. BYU might be the more talented team in this one, but I’m taking the points with Houston, who I think are a lot more talented than their week 1 performance would indicate.