The New England Patriots: Looking to Make a Statement 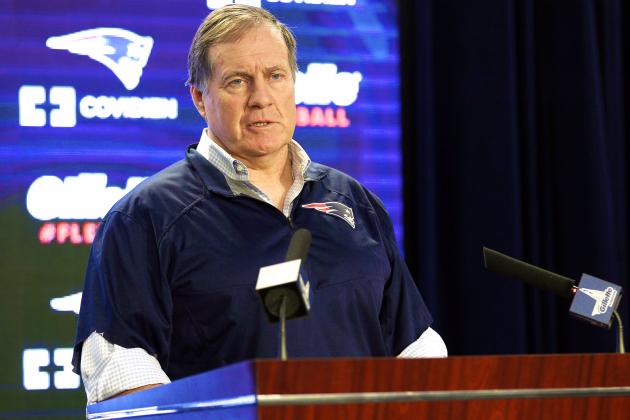 After New England’s dominating 45-7 win over Indianapolis in the AFC Championship, the talk wasn’t about how dominant the Patriots were. It was about the possibility of the the Patriots cheating using deflated footballs to gain an advantage. In the divisional playoff win over the Ravens, the Patriots were successful using a play shuffling eligible receivers which resulted in the Baltimore defense being confused and Patriot wide receiver Julian Edelman hitting Danny Amendola on a 51 yard touchdown pass. Ravens head coach John Harbaugh made it known that he was not happy about the play, but the referees and the NFL made it known that the play was indeed legal. The Patriots simply took a page out of Alabama head coach Nick Saban’s playbook and were successful. It was yet another example of how head coach Bill Belichick is always thinking outside the box. Not only was the play successful, but it also gives future opponents something to think about. As a longtime fan of the Patriots, I had often wondered when Julian Edelman would be used as a quarterback, similar to wide receiver Antwaan Randle El in his time in Pittsburgh, throwing touchdowns to Hines Ward on multiple occasions, including one in Super Bowl XL. Do you notice something about the past two Patriot playoff wins? It’s always resulted in the losing team crying foul. Do the Patriots bend the rules? Maybe…Do they break the rules? They did once, but afterwards? Well, there’s really no concrete evidence is there? Bending the rules is nothing new in the NFL, it’s been going on for years, even before and after the whole spygate controversy. Let’s take a look at some incidents in the NFL that weren’t really made a big deal in the national media, but should be noted.

On the Saturday before the Patriots left for Glendale, New England head coach Bill Belichick took the podium and vehemently denied any wrongdoing. When Belichick said that the organization had followed every rule to the letter, one reporter brought up the spygate incident. Belichick said that was a whole other incident, and they had been disciplined, but then said that they weren’t hiding it, and were filming something that 80,000 people could see. Belichick seemed heated, and it was a side of the coach many had not seen. He’s was angry, and it was quite evident, but he came do the defense of his team, saying that they were not in the Super Bowl because of footballs inflated to PSI below league standards, it was because they were the best team in the AFC which was evident in their 12-4 regular season record. Robert Kraft spoke to the media when the Patriots got to Glendale backing his coach, his quarterback, and made a demand that if no wrongdoing was found, then the aforementioned should be owed an apology. Wouldn’t that statement from an owner who is one of the more respected in the league wake the NFL and the national media up? Since then, you haven’t heard much about it, and it wouldn’t shock me that in two months the NFL makes a statement that nothing was found, and it will be a non-story.

The media has taken this story and ran with it, without a doubt making it a bigger deal than it really is. Well what else is new…Let’s be honest, the media could make a mountain out of a molehill, they love this stuff, and shame on the NFL for letting this get out of control, and the teams that cried foul for not having the actual facts before making accusations. There is no doubt in my mind that the Patriots feel disrespected by all of the media and other players. Belichick’s pre-game speech to his players prior to Super Bowl XXXIX was one of the more memorable speeches, basically mapping out the planned bus route of the Philadelphia Eagles’ victory parade. You can bet that all the misreporting and accusations of deflategate will definitely be the subject of Belichick’s pre game speech for this Sunday’s game. If the emotion of that speech is anything remotely close to what he said before leaving for Arizona, you can bet that the Patriots will indeed put forth their best performance of the season. Should the Patriots hoist their fourth Lombardi trophy on Sunday night, you can thank the media and the ones that pointed the finger. Sometimes a little added motivation is all a team needs, and in this case, there’s plenty of it. Bill Belichick, Robert Kraft, Tom Brady, and the NFL have all made their statements. On Sunday, the rest of the New England Patriots will be looking to make theirs.

The Overall Quality of the NFL Today is Being Deflated